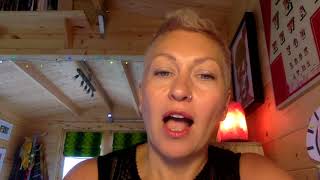 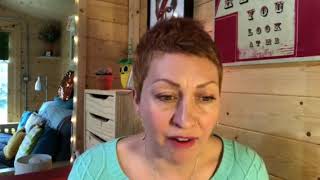 We are all made up of different parts. I don’t mean body parts, I mean the psychological parts. Every human is multi-faceted, multi-layered comprising of many different aspects of self.

Obviously, we are not actually separate selves in our head, nor are we even separate to each other, but it FEELS that way sometimes.

Imagine a bus, and you’re the driver, or at least you’re meant to be, but every single seat on the bus is occupied by one of your Parts and they want to drive the bus for you.

They are only trying to help. You can sometimes feel like some of the parts are in conflict with You or each other - rather unhelpfully scrapping over who gets to drive the bus.

Each Part believes itself to be an expert for certain things, so when a bit of road (situation) that is familiar comes up, the relevant part leaps up to drive the bus, “I got this” it says “I’m in charge”and drives for a while whether you want it to or not!

Each Part would have originally developed to help you, it would have served a purpose to keep you safe - so much of our wiring is about safety and survival. We need to be different aspects in different circumstances, imagine being happy ALL the time, that would be weird and really inappropriate at funerals.

Even those parts which look on the surface like they are not helpful in the slightest, will still have a positive intention underneath AND there is a gift within each and every one of them. That might not be immediately apparent, but well worth reflecting or journalling on if you get chance.

To give an example of the positive underneath what looks like a negative on the surface, let’s consider my old friend The Binge Drinker. The BD part has been on a long holiday for over 2 years now, although he (it feels masculine to me) did leave behind his little cousin Binge who still takes it too far in the biscuit barrel sometimes.

So, the BD part of me, had originally been trying to do something nice for me. By drinking super fast, it could have been trying to help me feel at ease as quickly as possible, it could have been trying to stop me feeling uncomfortable feelings, it might have wanted to get to the good “party” feeling as quickly as possible, or maybe all of this and more besides...... There were many possibilities that weren't about the ‘destruction’ that my Judge and Critic concluded the next day.

For this coming Christmas season which part of you wants to drive the bus? Is it the perfectionist who wants everything to be just so, the perfect gifts, the perfect Christmas dinner, no deviations, no mistakes, nothing to pop the perfect bubble? Please consider how your Perfectionist Part (if you have one, alas I don’t seem to 😂) is really useful to you sometimes.

Or does your Self Critic or Judgey McJudgeyface love to chime in at times like this to remind you that you’re doing it wrong, that you’re failing AGAIN, that everyone is doing it better than you?

Do you dread Christmas? If so, the part that protects you by numbing you out might take over and have you eat too much/not enough or drink too much, or literally take you out of your body to somewhere else in your mind until it’s all over. You come out the other side relieved it’s over and barely remembering a thing about it.

Or maybe your Mrs Happy drives the bus because she just loves this time of year and NOTHING is going to get in the way of that. 😋

Sometimes we realise that one of the parts has been driving for quite a while and it could really do with a BREAK before it falls asleep at the wheel and causes all kinds of scenes.

We can learn to love and accept all of our parts, notice the gift within, even within the shadowy ones that we might prefer to kick off the bus and stick it with an ASBO. Sometimes the cacophony of the competing parts can drive you crazy (pun intended).

Yet even with all these parts, there is another part of you which knows of these other parts and does not get involved in the war to drive, it already knows the road. It is peaceful and constant and has been with you since you were born and will always be with you. An observer of the parts, you could say.

Perhaps you drop into this quiet place within from time to time, maybe you have a dedicated practice for this, or more than likely you find that you just do, because all humans do, when they fall out of the noise of the kids on the bus, there you are. Peace.

We can both love and accept and even appreciate all of our parts (yes including our lady parts, especially our lady parts actually) AND know that we are not the sum total of these parts, we are something more, much more and there is this other part that is unscathed by the scraps of the kids on the bus.

Can you hold both in your heart: love for all and understanding they are only trying to help, AND knowledge that there is yet more of you, waiting for you to notice, if you can tune out the cacophony and sit and enjoy the ride?